Documentary - The Witness: A Tribe of Heart

In the award-winning documentary THE WITNESS, Eddie Lama explains how he feared and avoided animals for most of his life, until the love of a kitten opened his heart, inspiring him to rescue abandoned animals and bring his message of compassion to the streets of New York. With humor and sincerity, Eddie tells the story of his remarkable change in consciousness.
Αναρτήθηκε από blogger στις 10:35 π.μ. Δεν υπάρχουν σχόλια:

ITS OFFICIAL - SEPTEMBER 2013
WEST HOLLYWOOD TO BE THE FIRST CITY IN THE U.S. TO BAN THE SALE OF FUR APPAREL

West Hollywood – The Humane Capital of the United States
On the second and final reading of the Fur Free Ban (Ordinance No. 11-877) on Monday, November 21, 2011, three of West Hollywood’s City Council members voted to officially pass the controversial ordinance. Mayor John Duran, Mayor Pro Tempore Jeffrey Prang and author of the ordinance, Councilmember John D’Amico, voted in favor of passing the Ban. Councilmember John Heilman voted against the Ban and absent Councilmember Abbe abstained.
CLICK HERE TO READ THE OFFICIAL MINUTES (2.E ON PAGE 11) OF THE COUNCIL MEETING


The official implementation date of the Fur Free Ban is September 21, 2013; on this date West Hollywood retailers will no longer be able to sell apparel that is made from the skin or pelt of animals with hair, wool or fur. The ordinance will exempt used fur products sold by private parties (excluding retail transactions), non-profit organizations and second-hand stores including pawn shops.
The ordinance is one of the first of its kind in the United States. The next step for the Ban will be a six month economic impact study conducted by the City to determine the fiscal impact of the Fur Free Ban on West Hollywoods’ businesses.
Please show your support of a cruelty free and fur free West Hollywood by choosing to patronize retailers and establishments that do not sell fur or animal products.

West Hollywood, CA - A PRECEDENT SETTING VICTORY FOR THE ANIMALS OCCURED AT 1:45 AM TUESDAY 9.20.11 when West Hollywood city council voted 5-0 to pass a ban on the sale of fur apparel. Following in the footsteps of the humane minded councils who have previously voted for the animals and the council made this vote for the animals and put its foot down against the barbaric fur trade.

In 1989, West Hollywood was declared a “cruelty free zone for animals” when bans on cosmetic testing and steel leg-hold traps were put in place, after WeHo City Council passed Resolution 558. It was the first city in the U.S. to ban declawing of cats and is also one of the guardian cities where pets are referred to as animal companions, not pets. In 2010, it banned the sale of dogs and cats in pet stores.

This historic vote makes West Hollywood the first city in the nation to ban the sale of fur apparel, proving that West Hollywood is truly a cruelty free zone.
LCA thanks all the supporters who protested, sent letters, made calls, and came out to support the vote. Everyone's help contributed to passing this monumental ban.

The History of Fur Free WeHo

After successfully completing a six week campaign of weekly rallies and demonstrations leading up to the 2011 City Council elections, and visits to retail establishments carrying fur, some important objectives were met.

As a result of this campaign:
An ordinance to ban the sale of fur in West Hollywood was drafted, and on September 20, 2011, the City Council voted 5-0 to pass the ordinance. LCA now hopes to roll this ban out across the nation!

Before being elected, campaign supporter and City Council candidate John D’Amico said: "West Hollywood has the opportunity to once again be a leader for animal welfare by becoming the first fur-free city in the nation. We have pledged to be a place that is free of cruelty to animals and we can no longer support the barbaric fur trade by selling the products of that cruelty in our city.” The precedent setting vote in favor of the ban on the sale of fur apparel shows that West Hollywood is a leader and leads the way for other cities to follow in banning the sale of fur.

West Hollywood became the first city to go fur free in the U.S., setting a precedent for the rest of the world to put an end to the needless suffering of fur bearing animals solely for the purposes of vanity. 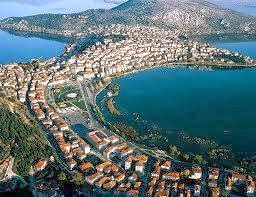 The #MakeFurHistory campaign was started by The Association for the Protection of Fur-Bearing Animals (APFA) and The Montreal Society for the Prevention of Cruelty to Animals (SPCA) with the support of LUSH Cosmetics. 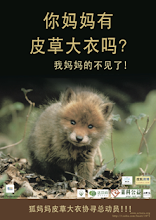 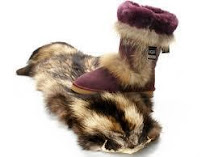 The Seals of Nam 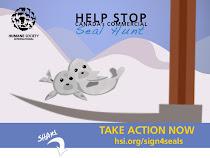 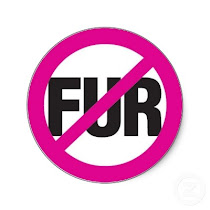 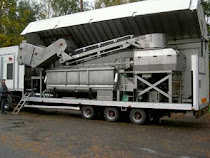 Fur Trim Is A Trap 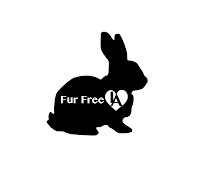 Ban Fur Trapping On Public Lands in the United States 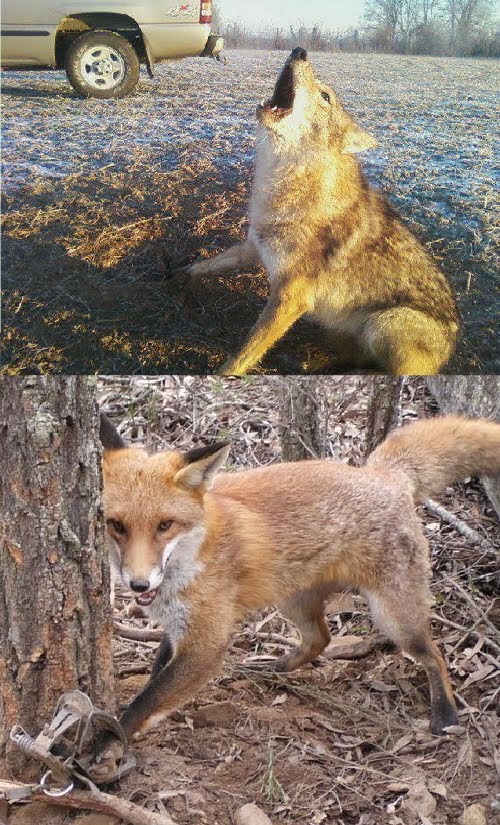 Karakul Coats: A Look at the Sacrificial Lambs

NORWAY - Lies of the Fur Industry